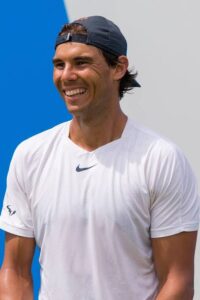 Nadal counts 13 Roland Garros titles among his overall 21 Majors – the  highest among men – and despite his injury-blighted buildup to the claycourt tournament he has looked at his usual best in the first two rounds.

The Spaniard, whose preparations were hampered by a rib injury and a foot problem, was not keen to talk about his physical condition. “I can’t try to go very deep in a tournament if I`m worried about my physical issues every single day,” he told reporters.

“So if something happens, I am going to accept it. But for the moment I am focused on the tennis.”