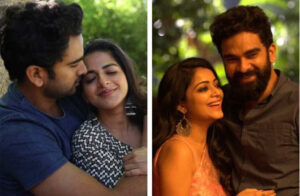 Ashok Selvan starrer Vezham, helmed by debutant director Sandeep Shyam, will be released 24 June. Ashok Selvan will share screen with his Thegidi co-star Janani and Iswarya Menon. SP Cinemas, which has been behind films like Arulnithi’s K-13, the National Award-winning film Baaram and Harish Kalyan’s Oh Manappenne, has acquired the worldwide theatrical rights, including India, of this movie.

Others in the star cast include Raja Krishnamoorthy (Kitty), Sangili Murugan, and Marathi actor Mohan Agashe among others. As the title suggests, Vezham (Elephant) signifies the animal’s strong memory and the film’s protagonist possesses the same characteristics. The whole movie revolves around this concept and is narrated with a gripping screenplay, says the team.