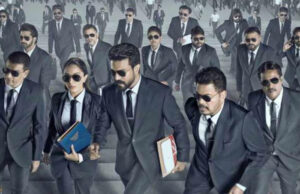 Ram Charan starrer being directed by Shankar, has reportedly been titled Adhikari. Ram Charan plays an IAS officer and the plot revolves around politics. Kiara Advani, who previously appeared alongside Ram Charan in Vinaya Vidheya Rama, will also be seen with the Telugu star in this political drama.

Ram Charan, who made national headlines with SS Rajamouli blockbuster RRR, has shifted his focus entirely to this film with Shankar following the failure of Acharya, where he appeared with his father Chiranjeevi.
The movie is being bankrolled by Dil Raju, has been written by Karthik Subbaraj of Petta fame.

Tags:What is the title of Shankar's film with Ram Charan?