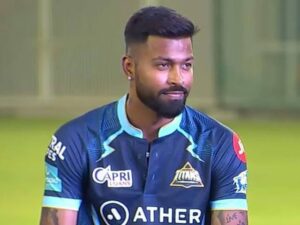 After leading Gujarat Titans to the Indian Premier League (IPL) title in their first season, Hardik Pandya wants to win World Cup for India. Pandya led by example in Sunday’s final against 2008 champions Rajasthan Royals as Gujarat triumphed by seven wickets in Ahmedabad.

Asked what would be his next goal, the 28-year-old said, “Absolutely to win the World Cup for India no matter what happens. I am going to give it everything I have. Always been that kind of guy to put the team first. For me the goal will be simple: to make sure my team gets it the most. It has always been a pleasure for me to represent the country … Long term, short term, I want to win the World Cup no matter what happens.”