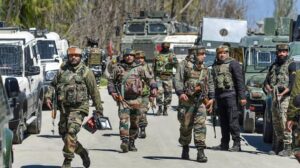 A Hindu woman teacher from Jammu was shot dead on Tuesday by terrorists in the Valley’s Kulgam district, evoking widespread condemnation.

The killing of Rajni Bala (36), who belonged to Samba district but was posted at a government school in Gopalpora, Kulgam, is the second killing of a non-Muslim government employee in May and the seventh targeted killing in Kashmir this month.

Police officials said Bala was injured in the attack and taken to a nearby district hospital where she was declared dead.

Earlier, officials had she was a migrant Kashmiri Pandit.

An official said the area has been cordoned off and a manhunt launched to track down the assailants.