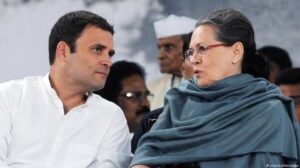 The Enforcement Directorate (ED) on Wednesday summoned Congress interim president Sonia Gandhi and Congress MP Rahul Gandhi over the National Herald case, which was closed by the investigating agency in 2015.

The federal agency’s move followed the questioning of senior Congress leader Mallikarjun Kharge and Congress Treasurer Pawan Bansal in April this year in New Delhi in connection with its money laundering probe into the National Herald case.

The agency then recorded the statements of both the Congress leaders then under the Prevention of Money Laundering Act (PMLA). The National Herald is published by Associated Journals Limited (AJL) and owned by Young Indian Pvt Limited (YIL). While Kharge is the CEO of YIL, Bansal is the Managing Director of AJL.

The ED is currently investigating the shareholding pattern and financial transactions as well as role of party functionaries in the functioning of AJL and YIL. The YIL promoters include Congress President Sonia Gandhi and Rahul Gandhi.