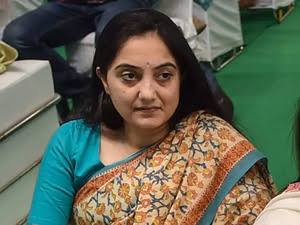 Delhi Police has registered a case on a complaint by suspended BJP spokesperson Nupur Sharma in which she has alleged that she is receiving death threats over her remark on Prophet Muhammad.

Nupur was yesterday suspended by the BJP after her remarks during a TV show sparked a row and drew a massive backlash from Gulf countries.

The case has been registered against unidentified people.

She yesterday posted an apology on Twitter, saying that it was not her intention to hurt anyone’s religious sentiments. She also said she was worried about her family’s security and urged people not to make her address public — the BJP’s letter to her, which was widely circulated on social media, had her address.