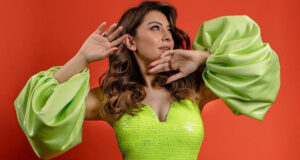 Hansika is playing the lead role in director Igore’s film. Igore is known for helming the 2006 film Kalabha Kadhalan.

Said to be a thriller, the film will be shot in Chennai, Pollachi and Madurai.

Sources say it is a women-centric thriller. Aari is also in the cast.

The film will have music by Ghibran while Mani handles the cinematography.

S Nanthagopal of Madras Enterprises, who earlier produced Romeo Juliet which starred Hansika, is bankrolling this new project too.

Tags:Hansika shoots for a thriller