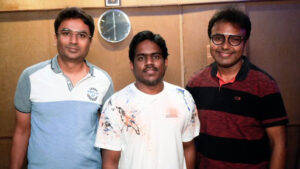 Arya’s next is a science fiction drama with Shakti Soundar Rajan titled ‘Captain’.

After ‘Teddy’, director Shakthi Soundar Rajan and Arya once again joined hands and the film is all set to hit the screens on September 8.

Meanwhile, the latest is that popular music composer and singer Yuvan Shankar Raja has sung a song in the film which has music by D Imman.

Produced by Arya in association with Think Studios, the film has Aishwarya Lekshmi playing the female lead.