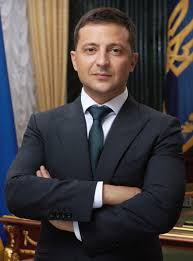 The decree signed on Thursday came in approval of a decision taken by the National Security and Defence Council of Ukraine, reports Ukrayinska Pravda.
The sanctions list comprise a total of 35 Russian figures, and some of the important ones include Secretary of Russia`s Security Council Nikolai Patrushev, Defence Minister Sergei Shoigu and Foreign Minister Sergei Lavrov.