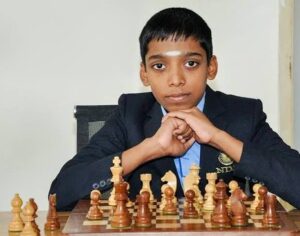 The rising Indian star finished a point ahead Marsel Efroimski and Jung Min Seo, who tied for second place.

The 16-year old GM, the top-seed, remained unbeaten through the nine rounds. He finished the tournament with a win over compatriot V Praneeth.

While, Magnus Carlsen emerged as the winner of the Norway Chess 2022, the competition celebrating its 10th anniversary this year.

It is the World Champion’s fourth straight title at his home tournament and the fifth overall.