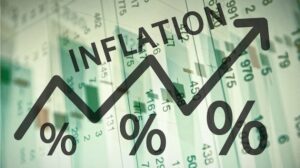 Retail inflation eased to 7.04 per cent in May, mainly on account of softening food prices, though it remained above the RBI’s upper tolerance level for the fifth consecutive month, government data showed on Monday.

The Consumer Price Index (CPI) based inflation was 7.79 per cent in April. In May 2021, the retail inflation stood at 6.3 per cent.

Inflation in the food basket was 7.97 per cent in May 2022, marginally lower than 8.31 per cent in the previous month, as per the data released by the National Statistical Office (NSO).

The Reserve Bank, which factors in the CPI in its monetary policy, had earlier this month raised the inflation forecast for the current financial year to 6.7 per cent from its previous estimate of 5.7 per cent.