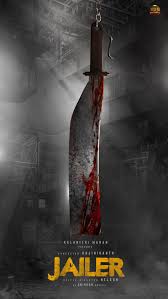 Sun Pictures today announced that Rajinikanth’s next with filmmaker Nelson Dilipkumar has been titled Jailer. It is 169th venture of Rajinikanth. Anirudh is scoring music.

The Superstar’s last film was Annaatthe , directed by Siva, which released to mixed reviews for Deepavali in 2021.

And there were rumours that Rajinikanth had decided to opt out of Nelson’s next movie as he was not happy with the latter’s work in Beast. To dispel the rumours surrounding the project, Nelson updated his Twitter bio, as the writer/director of #Thalaivar169.

Sources say Jailer will be an action-packed entertainer set in a prison. Rest of the cast and crew will be announced soon.