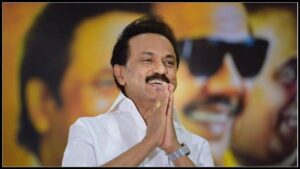 Chennai : CPM State secretary K Balakrishnan called on Chief Minister M K Stalin at the Secretariat urging his government to file review petitions against various court orders that affect the poor and oppressed sections of the society including the Madras High Court order on removal of encroachments on waterbodies poramboke and the Supreme Court order on having one km buffer zone around the reserve forests. “The Chief Minister listened to all our demands patiently and assured that the government would not take any steps that would affect public and steps would be initiated on the court orders after consulting legal experts,” Balakrishnan told reporters after meeting the CM along with Tamil Nadu Vivasayigal Sangam general secretary P Shanmugham, his party’s North and South Chennai district secretaries L Sundararajan and R Velmurugan. Balakrishnan said that the courts are giving pressure to evict all those living on the waterbodies poramboke land across the state.