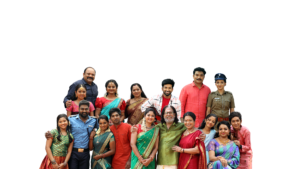 The story also reflects how their existing differences influence and inspire each other’s as family and as an individual. Nevertheless, their conflicts and difference of opinions make a big impact over their lives which turns out to be more critical and interesting as well in the due course.

There are numerous families in the colony who predominantly reflect our society and people whom we meet in our day-to-day life.

A working couple with two little kids, a retired husband and wife who live with their daughter, a ‘single mother’ who brings up her daughter with much boldness, a young guy who is living in the colony with wife and two children and work there as a colony ‘security’ bring in much impact to the story.

Also, there’s bachelor who lives there and helps everyone who are in need, a press release here said.

Bharathidasan Colony story will be on air between Mondays and Fridays at 6.30 pm.