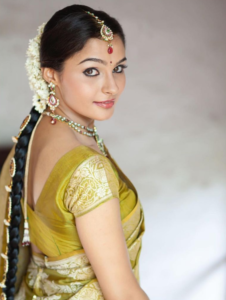 Rumours are abuzz that makers of Chandramukhi 2 starring Raghava Lawrence in the lead, are in talk with Andrea and Rashmika Mandana to play heroines.
The part one that featured Rajinikanth in the lead will see its sequel finally arriving 17 years. Lyca Productions took to the social media handles to announce the project .
To be helmed by P Vasu again, Chandramukhi 2 will have Raghava Lawrence hands with Vadivelu played the iconic character of Murugesan in the original. The film has music by by MM Keeravani aka Maragathamani with RD Rajasekhar handling the camera and Thotta Tharani the production design. The rest of the cast details will be out soon. Remember Jyothika ans Nayanthara played the lead in first part.

Tags:Rumours are abuzz that makers of Chandramukhi 2