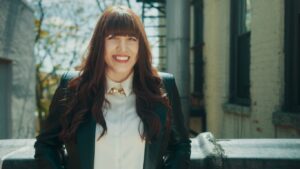 TuneCore, the independent digital music distributor for self-releasing artistes, announces the company’s biggest change since opening for business 16 years ago—its new Unlimited Release Pricing Plans. The announcement was made by Andreea Gleeson, Chief Executive Officer, TuneCore.
Since its inception, TuneCore, a division of global digital music company Believe, has democratized access to music distribution for self-releasing artists by introducing the first flat fee, pay-per-release distribution model on the market. Today, successful release strategies have shifted from doing a few EPs or one album per year to releasing singles more often and more regularly to stay top of mind with existing and potential fans. With the launch of TuneCore’s Unlimited program, constant music creation is made more accessible for all artists by giving them the control to release an unlimited number of singles and albums. For the free plan, artists are able to get their music directly into the music libraries of social media platforms like Facebook, Instagram, YouTube and TikTok and start making money right away, as they crowdsource the music’s popularity directly with fans. As they move through their careers, artists will be able to upgrade their plan to better meet their evolving needs as they grow.