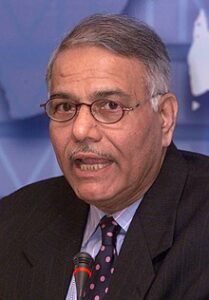 When the Janata Dal was formed in 1989, he was appointed General Secretary of the party. He worked as Minister of Finance from November 1990 to June 1991 in Chandra Shekhar’s Cabinet