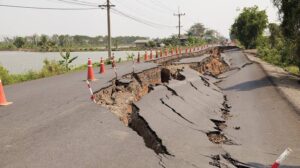 Afghanistan’s state-run news agency is reporting that at least 255 people have been killed in an earthquake in the country’s eastern Paktika province.

Information remained scarce otherwise on the magnitude 6 earthquake that struck.

Tremors were felt across more than 500km of Afghanistan, Pakistan and India, according to the European Mediterranean Seismological Centre, quoted by Reuters.

Unfortunately, last night there was a severe earthquake in four districts of Paktika province, which killed and injured hundreds of our countrymen and destroyed dozens of houses, government sources said.

‘We urge all aid agencies to send teams to the area immediately to prevent further catastrophe.’