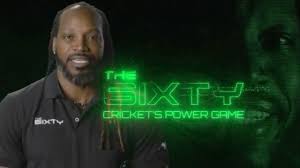 St John’s: The Caribbean Premier League and Cricket West Indies will launch with a T10 tournament named ‘The 6ixty’ which organisers hope will become a quarterly event that can be staged around the region and beyond.

In this tournament, the rules are a bit different than in the other leagues. The matches will be of 6 wickets. If 6 wickets fall, the team will be all out. 60 balls will be available to play an innings. If the team bowled slow, then one fielder would have to be reduced.