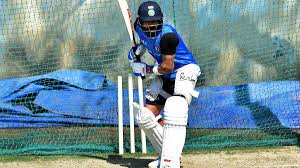 India will face England for the rescheduled fifth Test next month but before that the visitors have started training upon arrival.

Kohli on Tuesday shared pictures from his training session as he looked all geared up for the upcoming match.

Kohli was the skipper of Team India when the five-match Test series against England was originally played in 2021.

India currently leads the Test series 2-1. The fifth Test match, which was supposed to be held in Old Trafford, Manchester last year, was cancelled due to COVID-19

Tags:Former India skipper Virat Kohli is leaving no stone unturned to prepare for the upcoming rescheduled fifth Test against England at Old Trafford starting on July 1.