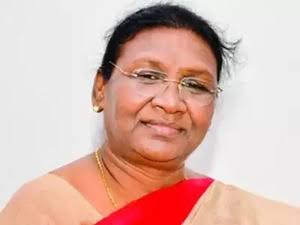 A day after BJP announced former Jharkhand Governor Draupadi Murmu as its Presidential candidate, PMK on Wednesday welcomed the announcement and extended support for her.

“PMK is feeling happy and proud in supporting a Tribal woman to become Indian President. This will be the first time in 72 years that a Tribal woman is going to become President of India,” said PMK, in a statement.

Immediately, after BJP announced Murmu as the Presidential candidate, Defence Minister Rajnath Singh and BJP President JP Nadda spoke to PMK President and Rajya Sabha MP over phone and sought his support. Following that, Anbumani discussed with PMK Founder S Ramadoss and with party high command on Wednesday morning and it was decided that PMK will support Murmu.