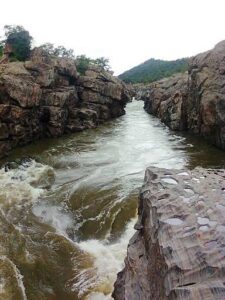 Chief Minister M K Stalin appealed to the Central government not to give technical and environmental clearance to the Karnataka government for the construction of the Mekedatu Dam.

He was speaking at a government function here in Vellore. He said Karnataka has been showing too much interest in the construction of the dam in the past two weeks. We are taking every step to thwart their attempt to build the dam, he added.

Meanwhile, speaking at a welfare distribution event at Tirupattur, Stalin, on Wednesday, said Tamilnadu is serving as an example for rest of the country in social justice issues and State-autonomy.

“Today, the voice of social justice is getting loud in various states. Tamil Nadu, in 1920, implemented social justice principals. The State ensured 27% reservation for other backward castes (OBCs) because of the DMK.

We are upholding OBC reservation through legal battles. Kalaignar passed a resolution for federalism in 1974 in the State assembly,” he said.