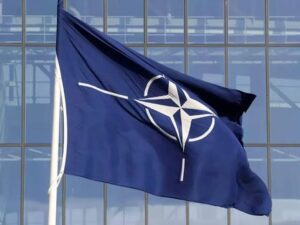 NATO, the worlds most powerful military alliance, has declared China as a security threat for the first time, warning that Beijings ambitions and coercive behaviour is a major challenge to the groups interests, putting its forces on a potential war-footing against Russia, media reports said.

China reacted to being labelled a threat by calling the Western alliance a “Cold War remnant” and a source of instability that is “smearing” Beijing’s international reputation.