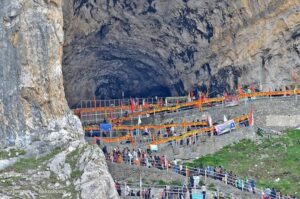 The Amarnath Yatra began on June 30 this year. More than 65,000 pilgrims have already visited, according to the news agency. August 11 is the last day of this pilgrimage. The government, this year, is introducing a Radio Frequency Identification (RFID) system for pilgrims to track their movement en-route to ensure their well-being.