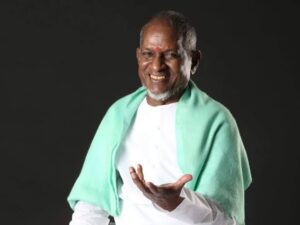 Stain tweeted, tweeted, “Congratulations to ‘Isaijnani’ who ruled our hearts and states with music, for his nomination as a member of the Parliament Rajya Sabha!”.

The music composer was among four members who were nominated to the Upper House, the others being legendary athlete P T Usha, noted philanthropist Dr Veerendra Heggade and renowned screenwriter K V Vijayendra Prasad.