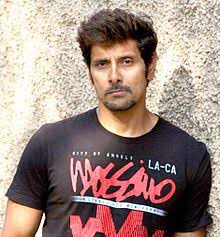 Actor Vikram who develop sudden health complications has been admitted to a private hospital in Chennai.

Sources say that Vikram complained of uneasiness and was immediately rushed to hospital. Reports say that a team of doctors are attending.
Vikram awaits the release of Cobra that will be out 11 August. Directed by Ajay Gnanamuthu., it has music by A R Rahma. Besides he is also part of mabum opus Ponniyin Selvan, directed by Maniratnam.
Tags:Vikram unwell hospital