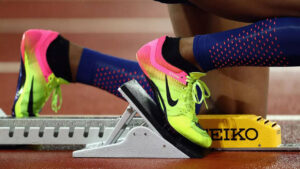 Chennai : Pine Labs announced the hiring of six former Indian athletes under its ‘Second Innings’ program, an initiative to reskill and employ retired sportspeople in India. The company has partnered with Natekar Sports & Fitness (NSF) which is led by its founder Gaurav Natekar who is a former India number 1 tennis player, Arjuna Awardee, double Asian Games gold medalist, and son of the legendary Indian badminton star Late Nandu Natekar.

Pine Labs and NSF will be mapping each of these hired athletes to the right job within the Pine Labs organisation and provide the necessary skill development training as well. These new hires will be entitled to the same perks as existing employees, and they will also be a part of the Pine Labs Annual Review process.

Commenting on the initiative, B Amrish Rau, CEO, Pine Labs, said, “This could not have come at a better time. In the month when India celebrates 75 years of Independence, and the country’s sporting heroes vie for the top honors at the Commonwealth Games in Birmingham, I am delighted to announce the launch of the ‘Pine Labs Second Innings’ program. It is our initiative in partnership with Natekar Sports & Fitness to empower retired Indian sporting heroes who have given their all in the service of their state/country. We strongly believe this needs to be the start of a bigger movement and should not just stop at Pine Labs. Happy to have some real Champions join us this month.”