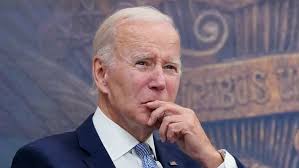 US President Joe Biden was out of isolation on Sunday, after testing negative for Covid for a second day in a row, the first time he was able to leave the White House since July 20.
Biden, 79, had tested positive for Covid and returned to isolation on July 30, in a result doctors attributed to “rebound” positivity from his earlier bout of the illness.
“I’m feeling good,” the smiling president told pool reporters at the White House as he boarded a helicopter which then flew him to his beach home in Delaware.
He was also optimistic about a sweeping climate and health care bill that was being debated in the Senate overnight Sunday, telling reporters: “I think it’s going to pass.”
The president “will safely return to public engagement and presidential travel,” his physician Kevin O’Connor said in a statement announcing the negative test.
According to Biden’s official schedule he is set to travel to the southern state of Kentucky, the scene of devastating floods, on Monday.