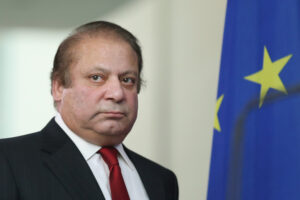 PML-N supremo Nawaz Sharif and PPP co-chairman Asif Ali Zardari on Tuesday distanced themselves from the Shehbaz Sharif government’s decision to hike the prices of petroleum products, as Finance Minister Miftah Ismail put up a strong defence of the decision, media reports said.In separate statements, both the key political leaders criticised the government for increasing the prices which were hiked on Monday despite a massive appreciation in rupee value and a decline in international oil prices, The News reported.Expressing concern over the development, former president Asif Ali Zardari said the PPP is a part of the government and supports it, but there must be consultations on such decisions.”We are all here in this government to give relief to the people and that should be our top priority. We are with the prime minister and will meet him soon and talk about the economic team,” he added, The News reported.On Monday, the Pak government cranked up the price of petrol by Rs 6.72 per litre for the next fortnight.”In the wake of fluctuations in petroleum prices in the international market and exchange rate variations, the government has decided to revise the existing prices or petroleum products to pass on the impact to the consumers,” the statement released by the Finance Division read.The government’s decision invited a lot of criticism from the public. Citizens are of the view that the prices of petroleum products are on a downward slope all over the world and yet their prices are being increased in Pakistan.As people vented out their views on the government’s decision, a user on Twitter tagged Maryam Nawaz and requested her to “speak to Mian Nawaz Sharif to take notice of the increase in the price of petrol”.Replying to the user, Maryam wrote: “Mian Sahib strongly opposed this decision. He even said that I cannot burden the people with [payment of] one more penny.”She said her father stressed that he was not on board but if the government was bound by some constraint, it should go ahead with the increase. Maryam said the PML-N supremo disowned the POL increase decision and left the meeting, The News reported.