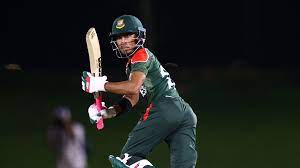 Bangladesh Cricket Board has appointed former Indian all-rounder Sridharan Sriram as a technical consultant for the national T20I side ahead of Asia Cup 2022 this month and ICC T20 World Cup 2022, which will take place from October to November this year.As per ESPNCricinfo, Sriram will be acting as head coach of the T20I side, with current head coach Russell Domingo taking charge of Test and 50-over sides.Domingo is scheduled to reach Dhaka on Friday where he will discuss his future plans. On Thursday, BCB president Nazmul Hasan had said that some “drastic changes” will be made to the Aisa Cup-bound side.“We are not a strong side when it comes to T20 matches, and to do something about that, we have decided to bring drastic changes in our thought process and mentality. We want to start anew from the Asia Cup, and if we do not do it now, we will face even worse results in the World Cup. We have done appallingly in the last T20 World Cup. We do not know if we can get out of the circle of substandard results in T20 games. Since the Asia Cup is the biggest stage after the World Cup, we will try to change our way of playing and bring results,” ESPNCricinfo quoted Hasan as saying.Hasan however said that Sriram is a consultant, not a coach.“The first thing is, Sriram was on our shortlist. He is coming to Dhaka on the afternoon of August 21. He is not taking over as coach. He is definitely not the head coach. He is coming as a technical consultant,” Hassan said.Sriram worked with the Australian side from 2016 onwards for six years as an assistant coach and spin-bowling coach. He also had a role with the popular IPL franchise Royal Challengers Bangalore. During his time with Australia, he worked closely with the likes of Adam Zampa, Ashton Agar and Nathan Lyon. He also worked with Glenn Maxwell and helped him develop as a T20 spinner.Sriram represented India in eight ODIs between 2000 and 2004. He scored one fifty and picked up nine wickets. He has had a long and distinguished first-class career.

Tags:Bangladesh gets ready for T20 WC