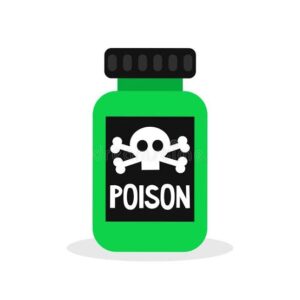 A woman has been arrested from the Kunnamkulam area of Thrissur district in Kerala for allegedly killing her mother by mixing rat poison in her tea for the sake of property, police said on Thursday.
A senior officer of Kunnamkulam Police Station said the arrest was recorded early Thursday morning and the woman would be produced before the court during the day.
The accused’s mother was hospitalized on August 18 after consuming tea and at two hospitals they could not ascertain what was wrong, police said.
At the third hospital, they suspected poisoning but before anything could be done, she died.
Thereafter, the post-mortem conducted on Wednesday revealed the presence of rat poison in the victim’s body, leading to the daughter being questioned, the officer said.
During the questioning, she admitted to having killed her mother to get the property which she was to receive only after her parent’s death according to their will, police said.
The daughter, who is married and has two children, claimed that she took such an extreme step as she was under immense financial constraints, police said. Her father has claimed that he found some change in the taste of food and the tea served to him and had therefore not consumed the same, it said.
However, no poison was detected in his body on medical examination, it also said.
The accused’s husband is working in a Gulf country and therefore, she was living with her parents for the last 12 years along with her two children, police said.