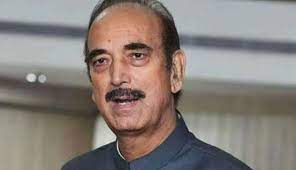 Former senior Congress leader, Ghulam Nabi Azad said on Sunday that he has not promised restoration of Article 370 in his new political agenda because he doesn’t believe in making false promises.Addressing a public meeting in north Kashmir’s Baramulla town, Azad said, “To restore Article 370 would need around 350 votes in the Lok Sabha and 175 votes in the Rajya Sabha.”This is a number no political party has or is likely to ever get. The Congress has shrunken to less than 50 seats and if they speak of restoring Article 370, they are making false promises.”