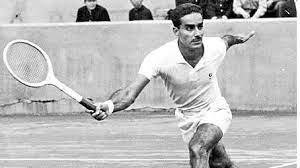 Former Indian tennis player and Davis Cup captain Naresh Kumar, who was a mentor to Olympic medallist Leander Paes, passed away in Kolkata on Wednesday.He was 93. He is survived by his wife Sunita, son Arjun, and two daughters — Gita and Preah.All India Tennis Association (AITA) condoled the demise of Indian tennis legend, calling it an irreparable loss”We have come to know about the sad demise of Indian Tennis Legend and former Davis Cup Captain Naresh Kumar. It’s an irreparable loss to Indian Tennis. We pray for his eternal peace and our deepest condolences to his family, friends and fans around the world,” said AITA in a tweet.Kumar rose to prominence in 1949, making the latter stages of the Indian International championships and Northern Championships. He made his debut for India in the Davis Cup in 1952 and was a mainstay of the team