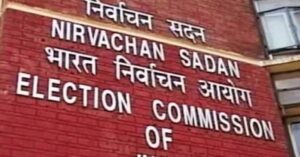 he Election Commission of India (ECI) on Sunday informed that a team of officers visited Ahmedabad from September 16-18 to take stock of election preparedness in the state ahead of the upcoming Assembly elections.

“Later a meeting was also held with Chief Secretary and Director General of Police, to discuss various issues in the forthcoming elections and feedback received from CEO, State Nodal Officer, DEOs, SPs and enforcement agencies for smooth conduct of forthcoming elections in the state,” the release added.