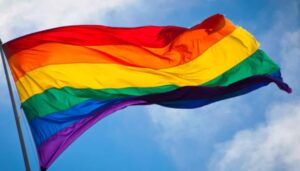 Islamabad : Pakistan has seen increasing violence against the transgender community, revealing that the community is not safe in the country, according to media reports.According to Islam Khabar, there are 10,418 transgenders in Pakistan as per official data out of more than 200 million people.Transgenders in Pakistan continue to live a life of misery in the country where they are treated as lesser beings and violence against them remains unabated.Recently on September 11, an unidentified gunman attacked a vehicle in which three transgenders and their driver were injured in Rawalpindi.Earlier on September 1, a transgender person, identified as Majid, was stabbed to death by unknown suspects near street number 46 in the Shershah area of Karachi, the capital city of Sindh.On July 1, Amir Masih, a transgender person was murdered by stabbing in the jurisdiction of Race Course police in Rawalpindi.On March 25, one transgender person, identified as Sadiq was shot dead and another Salman was injured when unknown motorcyclists fired on their car in broad daylight near the Museum building located on Mardan-Charsadda road in Mardan in Khyber Pakhtunkhwa, as per Islam Khabar.On March 13, five trans women were targeted at their home in Mansehra, Khyber Pakhtunkhwa by a man who indiscriminately fired several bullets at them, leaving them all severely injured. One of the victims, named Sumiro, succumbed to her injuries, as per the publication.