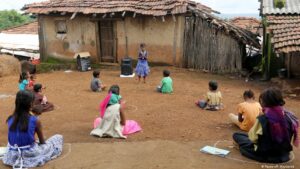 India’s rural sector has weathered the Covid-19 pandemic, and the demand in the sector is poised to rebound assisted by a wider reopening of the economy and improved labour market conditions, said global investment firm Morgan Stanley.”High-frequency data suggests that overall economic activity has been normalizing over the past three months after remaining sluggish in the trailing 12 months. Our consolidated rural activity tracker shows a pickup in YoY terms over the last 3-4 months,” the investment firm said in a report titled ‘Rural India: Recovery Mode On’, authored by economists Upasana Chachra and Bani Gambhir.The report said the improvement has been led by a lower unemployment rate in rural areas, recovering two-wheeler sales and increasing growth of credit to the agriculture sector.”We believe that the key benefit will flow through the second round impact of the broader opening up of the economy, i.e. as employment rises in the informal sector and more employment opportunities emerge in the semi-skilled space, which will help the overall income levels of rural households,” it said.”Per capita income for urban India is more than double that in rural India, thus higher urban incomes and increased migration to urban areas due to normalized activity levels will also help to increase transfers from urban to rural India,” the report added.Furthermore, it said that government spending directed towards rural areas continues to track at 3.3 per cent of GDP, against the pre-pandemic trend of 2.2 per cent.

Government policy measures such as the focus on infra spending and increasing agriculture support will help to improve the structural outlook, the report said.The resilient agricultural growth and government support measures meant that India’s rural economy could withstand the initial impact of the COVID pandemic fairly well. Indeed, while India’s GDP contracted by 6.6 per cent in FY2021, agriculture growth – the mainstay of the rural economy – grew by 3.3 per cent.It said progress has already been made in physical infrastructure, connectivity and digital infrastructure, and it expects Indian policymakers to continue to focus on boosting productivity across the rural economy.The report mentions how the Indian government took several steps to support the rural economy throughout the pandemic, mainly through measures such as extending the free food program, increasing the allocation to the National Rural Employment Guarantee Program, and providing liquidity/credit support.The rural economy accounts for approximately 47 per cent of India’s GDP and two-thirds of its total population.Further, the report said weakness in rice sowing is a concern.The first advanced estimates show rice production is likely to be 6.8 million tonne lower than in 2021.”We will continue to monitor the government’s measures to regulate the supply and demand balance in this area through procurement and other actions.”.Separately, the water level in key reservoirs is at 108 per cent of the 2021 level, which, the report said, is likely to support the winter Rabi cropping season.