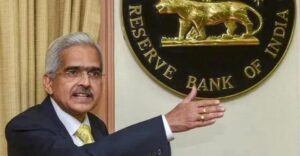 Terming price rise as a major challenge, Reserve Bank Governor Shaktikanta Das on Saturday expressed hope that inflation print for October will be lower than 7 per cent.Retail inflation in September increased to 7.4 per cent from 7 per cent in August on higher food and energy costs.He attributed the expected moderation in inflation in October to measures taken by both the government and RBI in the last 6-7 months.Speaking at the HT Leadership Summit, Das there is no need to change the goal post for inflation targeting as higher than 6 per cent inflation would hurt growth.The rate-setting Monetary Policy Committee headed by the RBI Governor has been mandated by the government to keep inflation within 2-6 per cent range.On the Indian economy, Das said the macroeconomic fundamentals remain strong and growth prospects are looking good.”We expect the October number which will be released on Monday to be lower than 7 per cent. Inflation is a matter of concern with which we are now dealing and dealing effectively,” he said.For the last six or seven months, he said, both the RBI and government have taken a number of steps to tame inflation. The RBI on its part increased the interest rates and the government also announced several supply side measures, he added.

Tags:Inflation print for Oct likely to be lower than 7 pc: RBI