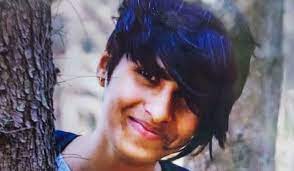 Aaftab Poonawala, accused of brutally killing his live-in partner Shraddha Walkar, introduced her as his wife when they were looking for a rented accommodation near Mumbai, police said on Friday. The couple were looking for a flat on rent in Vasai, and most of the times Poonawala introduced Walkar as his wife though they were not married, said a local police official.
They rented a one-room flat in a building in Naigaon (East) in 2019, claiming to be a married couple. The rent agreement was made in Poonawala’s name.No police verification of tenant was done, which is mandatory in many areas in Maharashtra, as the housing society had not been registered, the official said.In October 2020, they shifted into a rented one BHK (bedroom-hall-kitchen) flat in Vasai (East) and Poonawala again introduced Walkar to the flat owner as his wife.For documents, he provided his own Aadhaar card along with details of his parents’ Vasai home. Though the flat was rented in Poonawala’s name, Walkar’s photograph was attached to the police verification document, stamped by Tulinj police.They vacated the Vasai flat in September 2021 and were believed to have moved to another building in the vicinity. It is from there that they moved to Delhi in March this year, a move that is being seen as part of Poonawala’s plan to murder Walkar, the police official added.

Tags:Aaftab introduced Shraddha as his wife while renting flat: Police