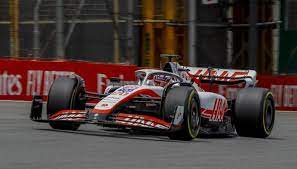 Formula One is launching a new racing series for female drivers that will start next year.The series, to be known as the F1 Academy, will be subsidized by F1 and is likely to be a support series for one weekend of the F1 season. F1 said it would contribute funding of 150,000 euros ($156,000) per car “and will require the drivers to cover the same amount, which represents a fraction of the usual costs in a comparable series.” There will be 15 cars on the grid for a 21-race season split across seven rounds. The series will aim to recruit “young talent currently in go-karting or other junior categories” in the hope they can later graduate to Formula Three as a next step, and eventually compete in F1.The announcement comes less than two months after another all-female event, the W Series, cut its season short due to financial problems. The W Series has been free to enter for drivers, unlike most developmental series which require young drivers to bring their own financial backing from family money, investors or sponsors. W Series ran into financial trouble this season and canceled its final three races in Mexico and the United States, to focus on raising funds for 2023. It has yet to publish a schedule for next season

Tags:Formula One to launch new racing series for women