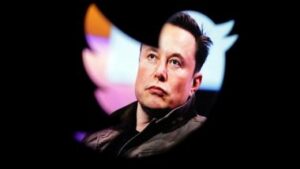 After firing about two-thirds of the micro-blogging platform’s 7,500 employees in only three weeks after his take over, Twitter CEO Elon Musk said that the company is done with layoffs and is hiring again.At a meeting with employees, Musk also claimed that Twitter is now actively hiring for positions in engineering and sales, reports The Verge.He also asked the staffers to recommend potential candidates.The micro-blogging platform does not currently have any open positions advertised on its website, and Musk did not name the specific engineering or sales posts for which the company was seeking.”In terms of critical hires, I would say people who are great at writing software are the highest priority,” the report quoted Musk as saying.According to the CEO, there are “no plans” to have the company’s headquarters in Texas, as he did with Tesla, although it would make sense to have “dual-headquartered” offices in Texas and California.”If we want to move the headquarters to Texas I think it would play into the idea that Twitter has gone from being left-wing to right-wing, which is not the case,” Musk told employees.”This is not a right-wing takeover of Twitter. It is a moderate-wing takeover of Twitter,” he added.