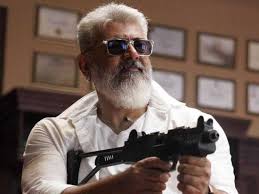 The first single from Thunivu, Chilla Chilla sung by Anirudh Ravichander will be released on December 9. The film’s music is by Ghibran. Making the announcement, Ghibran wrote, “The wait is over. Chilla Chilla in the voice of our own Anirudh from December 9.”Lyrics of the song is penned by Vaisaghh. Bankrolled by Boney Kapoor, H Vinoth is pairing up with Ajith Kumar for the third time. Manju Warrier is pairing opposite Ajith.

Tags:Thunivu single to be out 9 Dec