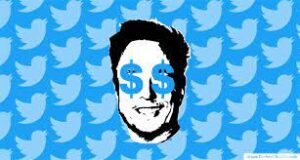 Washington Dec 9: Elon Musk is going to raise the price of Twitter Blue subscription service with verification from $8 to $11 for iPhone users, keeping the 30 per cent cut that Apple takes on revenues from iOS apps on its App Store. According to a report in The Information, the micro-blogging platform has informed some employees that it plans to change the pricing of its Twitter Blue subscription service. The company executives are considering charging $7 for Blue service for Twitter on the web and $11 via iOS app on iPhones, the report said, quoting sources. Musk last month launched Blue subscription plan with verification but later postponed it after it met with huge controversy as several fake accounts came up on the platform, impersonating brands and celebrities. He said that the micro-blogging platform will relaunch its $8 Blue subscription service with verification from November 29, this time more “rock solid,” but deferred that too to avoid Apple’s 30 per cent cut of App Store purchases. Musk criticised the App Store cut, calling it a “hidden 30 per cent tax on the Internet”. “Apple has mostly stopped advertising on Twitter. Do they hate free speech in America?” He posted: “Apple has also threatened to withhold Twitter from its App Store, but won’t tell us why,” he added. Earlier this month, Musk said that the tech giant Apple has “fully resumed” advertising on the micro-blogging platform. After his meeting with Apple CEO Tim Cook, Musk said that they had “resolved” misunderstandings over the micro-blogging platform possibly being removed from the App Store.