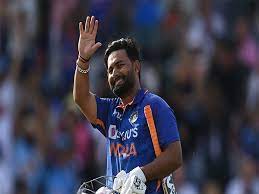 Australia legend Ricky Ponting has opened up on his affection for India batter Rishabh Pant following the India international’s accident and suggested that the hugely-popular player could take up a role alongside him in the dugout at Delhi Capitals during the Indian Premier League (IPL) 2023. Australian legend Ponting, speaking on The ICC Review, revealed that he has been in contact with Pant during the 25-year-old’s recovery. “I absolutely love the bloke, I told him that on the phone the last couple of days. It was a horrifying time, a really scary time for everybody, let alone him. Anyone that knows him loves him – he’s a really infectious young guy that has the world at his feet still. So we will keep our fingers crossed and hope that he can get back to playing sooner rather than later,” Ponting told The ICC Review. The star India wicket-keeper batter Pant was involved in a car crash on December 30 and suffered a number of serious injuries, however, he is making good progress with his recovery and is expected to make a return to the field eventually. The timeframe on Pant’s return to cricket remains unclear, with his participation in this season’s IPL not yet completely ruled out. However, it is deemed extremely unlikely that Delhi Capitals skipper Pant will play in the IPL 2023 with the head coach Ricky Pointing already looking at alternative ways to make up for the loss of his star player. “You can’t replace those guys, simple as that. They don’t grow on trees, players like that. We’ve got to look at – and we already are – a replacement to come into the squad, a wicketkeeper-batsman,” Ponting said. However, Ponting’s love and respect for his captain means that a big role at the Capitals will still be on offer if Pant is well enough, with the Australian saying “I want him sitting beside me in the dugout every day of the week”. “If he’s actually not physically fit enough to play, we’d still love to have him around. He’s the sort of cultural leader around the g