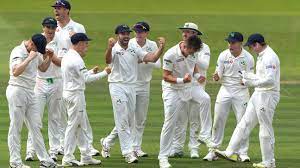 The Ireland men’s cricket team will play its first Test match in over three years when it visits Bangladesh for a seven-match, multi-format tour in March-April this year, it was confirmed on Monday. The Test will be played at the Sher-e-Bangla National Cricket Stadium in Dhaka from April 4-8. Cricket Ireland informed that the month-long tour will feature a warm-up fixture (on March 15), three One-Day International followed by three T20 Internationals and the Test match. This will be the first-ever Test match played between the two sides, and the first multi-format series the two sides have played at the senior level, Cricket Ireland said in a statement on its official website and a post on social media. Talking about the series, Richard Holdsworth, High-Performance Director for Cricket Ireland, said: “2023 is set to be an incredibly busy year in Irish cricket – and we’re delighted to confirm this tour of Bangladesh. While it is the first tour of its kind that we have undertaken at senior level, the Ireland Wolves toured Bangladesh in early 2021 – that squad featured 10 members of the current senior squad playing in Zimbabwe this month.” “Under the Future Tours Programme we will be playing a great deal of cricket in Asia, so these matches are valuable experiences for our players’ development – as well as an opportunity to get an insight into the team we will be playing in our last World Cup Super League matches in May,” he said. Holdsworth said the players are looking forward to playing red-ball cricket after a big gap. “While the white-ball fixtures will be keenly watched, undoubtedly most interest will be in the Test match at the backend of the tour. Our return to playing Test cricket is very welcome, and it will be the first of a few Tests in 2023. Thanks to the Bangladesh Cricket Board for working with us on putting together a great schedule,” he added. The Ireland squad will depart Dublin for Dhaka on March 11.