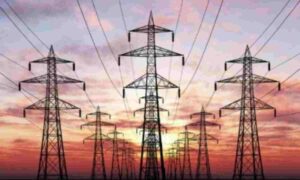 The Tamil Nadu Generation and Distribution Company (Tangedco) is to formulate a plan for consumers to give up the 100 free units and other power subsidies. This will come into effect after the Aadhaar linking of the consumers is completed. A senior officer with Tangedco said that the power utility is in the final phase of executing the project and an announcement on the same would be given soon. The households of Tamil Nadu as well as the weavers are getting 100 free units as a subsidy and the state power department is making alternate arrangements to substitute this. Streamlining of power subsidies, Aadhaar linking of consumers, and feeder segregation are three major parameters to be executed by a power utility to get the Central government funding. Tangedco has already taken steps for Aadhaar linking and feeder segregation and the power utility is now planning a scheme so that the consumers are giving up the subsidies voluntarily. If the consumers give up the power subsidies, the financial situation of Tangedco improves. However, there has to be a separate column on Tangedco website required to introduce the scheme that helps the consumers give up the subsidies voluntarily. The Tangedco will advertise the scheme and report to Tamil Nadu Electricity Regulatory Commission

Tags:Tangedco to formulate plan for consumers to give up subsidies