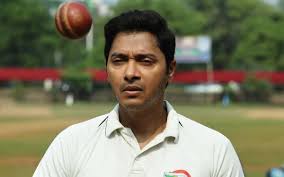 Dynamic, fun, challenging and thrilling as cricket may be, the heart-warming film will give a unique insight into the life and passion of the leg spinner who started playing for Rajasthan Royals at the age of 41 with just dreams in his eyes and an untiring tenacity to prove his love for the sport. It will also feature Ashish Vidyarthi, Parambrata Chaterjee and Anjali Patil in pivotal roles.

Actor Shreyas Talpade, playing the character of Pravin Tambe said: ‘After 17 years of playing the lead in Iqbal, I feel very fortunate that I am portraying Pravin on screen. The role and the story provided me with a once in a lifetime opportunity and I loved & treasured every minute of filming.It’s an honour to represent Pravin and I will always treasure the time spent with him in preparing for this role which required a new level of dedication and effort from all of us’.