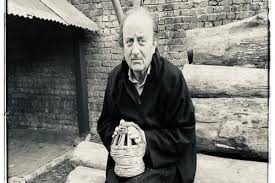 Going by the trends, the film is set to witness a steady footfall on Tuesday as well, adding another Rs 15 crore to its kitty.

As per trade analyst Sumit Kadel, The kind of business ‘The Kashmir Files’ is truly historic for a small-budget film. The last time a film registered such an impressive business was in 1975 with ‘Jai Santoshi Maa’. The film is set to rake in another Rs 15 crore by the end of Tuesday, same as Monday and Sunday.

The jump in the film’s business is massive and much of it comes from the increased screen numbers. Sumit further adds, It was released on 600 screens. On Sunday, the count increased to 2,000. Right now it’s running on 2,500 screens in India.

As for the film’s lifetime collection, Kadel said that even Rs 200-250 cr collection connot be ruled out.

Prime Minister Narendra Modi’s support to the film could further boost the film’s business. Speaking at the BJP parliamentary party meeting in Delhi, Modi took a dig at the critics of the film and said that the recently-released movie is foregrounding the truth that was deliberately kept hidden.

As for the film’s run on the box office, it can affect the collections of the upcoming Akshay Kumar-starrer ‘Bachchhan Paandey’.

If ‘The Kashmir Files’ maintains the number of screens that it has currently then it can seriously dent the business of ‘Bachchhan Paandey’, Kadel concludes.