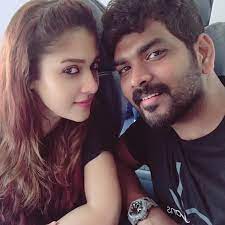 Chennai: A police complaint was filed against actress Nayanthara and her fiance and filmmaker Vignesh Shivan for naming their production house ‘Rowdy Pictures’.

In his complaint with the Police Commissionerate, Kannan, a resident of Salgramam in Chennai alleged that when the police are taking efforts to eliminate rowdies, celebrities naming their production house after rowdies sets a wrong example.

The production house floated by the couple bankrolled several films including the recently released don story Rocky. Nayanthara is a busy actress working in half-a-dozen movies. Vignesh Shivan who awaits the release of Kaathuvakkula Rendu Kadhal starring Vijay Sethupathi, Nayanthara and Samantha is all set to direct Ajith next.

Kannan had alleged that by naming their production house ‘Rowdy Pictures’, the actresses and the filmmaker are supporting anti-social elements. Hence the dup should rename it, he stated.