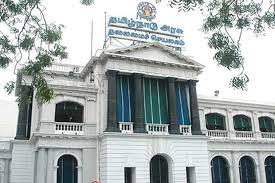 Chennai: The main Opposition AIADMK staged a walk out in the Tamilnadu Assembly and boycotted the final day’s proceedings on Thursday.

After staging a walk out when Speaker M Appavu refused permission for Leader of the Opposition Edappadi K Palaniswami and Deputy Leader O Panneerselvam–both former Chief Ministers, the AIADMK members also boycotted the replies to the debate on the General Budget and Agriculture Budget by Finance Minister PTR Palanivel Thiagarajan and Agriculture Minister MRK Panneerselvam respectively.

After a few Bills were introduced in the House, the Speaker invited the Finance Minister to give his reply to the three-day long debate on the budget, when Palaniswami attempted to speak and also sought to raise some issues.

Despite the Speaker refusing permission, Palaniswami attempted to raise some issues, but in vain.

After making persistent attempts, Palaniswami led his party members out of the House and also boycotted the replies by the two Ministers.

Speaking to the media, Palaniswami took objection to the Finance Minister ‘walking out’ of the House when Panneerselvam was speaking on the budget Wednesday without listening to the speech.

To this, the Speaker Thursday clarified that the Minister had went out on official work and that there was no intention on his part on not to listen to Panneerselvam’s speech.